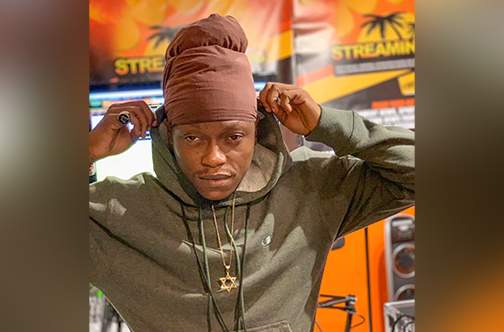 FOUR years ago when he started Ireland Records, businessman David Ireland was committed to exposing up-and-coming acts. That policy stands as he looks forward to a busy 2021.

Two singles by established artistes Jah Cure and Teflon mark the latest round of releases from the label which operates out of Duhaney Park, St Andrew. Pray is the title of Jah Cure’s song while Teflon does Live And Learn.

But Ireland points out that his company is investing in fresh faces like Riame and Wai Fuzion who also have songs scheduled for release soon.

“As di label grows we want artistes to grow with us. Wi want to work from di ground up,” he told the Jamaica Observer.

In late 2020, Ireland Records released songs by emerging artistes such as singer Autarchii ( Pomps And Pride) and singjay La Lee ( Tip Inna It and Fat Girls Matter). After four years, its head believes this is the year for his label to take off.

“Wi plan to go twice as hard. I think we have paid our dues over di past three years an’ wi have a lot a songs to be released,” he said.

Ireland was born in St Mary but grew up in Seaview Gardens, a community with a rich dancehall lineage having produced marquee artistes such as Shabba Ranks, the Scare Dem Crew and Dexta Daps.

Riddim 21, a beat featuring songs by Dexta Daps, Beenie Man and Vershon, was Ireland Records’ first production. Ireland and his team have since released other rhythms including the Reggae Dance and Undiluted Reggae, which were driven by songs from Queen Ifrica, Jah Cure, and Lutan Fyah.

Ireland Records is the music component of a family venture started by his mother who once sold produce in Coronation Market. They also operate Ireland Farmers and Farm Supplies, and Ireland Auto Supplies.

“My son is fourth generation of the Morgan family. It is important that I share with him the values and morals I was taught. The things we do in our lives are representative of our family, so I try to level with my son as much as I can and educate him about...