Diel Eyes Success With Mainstream ‘Pretty Melanin’ – COVID Pushes Former Educator Back To Classroom, But Not For Long


There are two kinds of reactions to Diel’s Pretty Melanin production: opulent praise and deep criticism. The praise comes from a growing fanbase for the educator, who first left the classroom in 2015 to take up recording music full-time. The criticism often comes from individuals wanting the son of a religious leader to walk on the path of ministering through music.

Diel first started working on the single amid rising Black Lives Matter protests and campaigns across the world. He debuted visuals via his VEVO channel on October 1 — a day advanced in the United States by a singer-songwriter Tahir Register — as National Melanin Day. This synchronicity, he says, was pure coincidence.

“I didn’t even know if such a day existed anywhere,” Diel told The Gleaner. “The song and video were ready and relevant, (so) this is news to me.”

The music video, produced by a team of cinematographers at iKon Media, features black women of all shades, and has amassed over 18,000 views on YouTube, with more than 200 comments and a thousand thumbs up. It is safe to say the positive outweighs the negative for Diel’s artsy spin-off from his reggae-pop single Majesty, released in February.

“My audience is predominantly female. Most songs I have written are inspired by women that I have loved and still love, women that have impacted my life — my mother is at the top of the list,” the rising singer-songwriter said, though she surprisingly joins his small number of critics.

Diel shared, “She (his mother) thinks the song, more so, the accompanying video and marketing around the song are too sexual.”

He says he understands her reasons and emphasises that the secular music he produces is never made to disregard the Christian values instilled in him as a child, but to honour them and his mother.

“My mother is supportive, but still old-fashioned in the way she perceives what I would call creativity. I am aware that not all my religious, traditional Christian fans are pleased. It wouldn’t be the first I have heard, ‘I hope you find your way back to God’, as persons started to question my ambitions when I entered the Digicel Rising Stars in 2018,” but he firmly states that he has not left God.

“Once you have a good heart and you know you are good with God [and] doing right, there is no need to doubt yourself. I used to have a knee-jerk defensive type of response, but I have learnt to deal with all the criticism. For me, it’s about the longevity, and the message is eternal; I am in this for the long haul.”

Before a catalogue of secular music, Diel was part of a gospel group called Adiel Thomas and Ministry, doing well with praise and worship music. He also worked with youth-centred projects, doing vocal training and directing choirs.

Under his guidance, the Manchester High School won the ‘All Together Sing’ competition for choirs in 2012. Five years later, the singer released an official reggae single titled I’m From Kingston. Another track, Too Young, written in 2005, was released in 2018 at the start of his campaigning for Digicel Rising Stars votes. That campaigning evolved into an all-island school tour across Jamaica.

Throughout his teaching career, Diel says he noticed the self-esteem issues faced by girls. He explained, “As a teacher, you quickly identify young girls who are less confident, some because of [doubts about] their physical [appearance], and there were a few I could tell they were not fond of their complexion.”

That did not sit right with the educator. Building their sense of self was thus a high priority.

“We don’t own the future of our country, what we own is ourselves and how we conduct ourselves; from the way we speak to our appearances, is where it starts. I have developed a habit that when I speak to females, I call them ‘empress’ or ‘queen’ and you almost instantly see them act differently,” Diel said.

Out of Pretty Melanin, a social media challenge was created and along with it, an Instagram filter designed by graphic designer Reuel Jones for the purpose. The feedback has been overwhelming for the singer, who estimates that approximately 800 individuals have used the pretty melanin filter, which represents royalty identified by a golden crown that falls on the head of the subject using it.

In a world full of racism and colourism, songs like Pretty Melanin are being observed as novelties. Still, Diel joins an army of local entertainers who have championed lyrics supporting black women and people of colour in general.

He said, “Music is the most powerful way to rid the damaging ideologies. I see empresses who may have bleached their skin, using the Instagram filter and also submitting their videos in the challenge. With that said, I think there is a wide space for empowerment-themed songs for women, done by men; Tarrus Riley, Romain Virgo and Christopher Martin are some of the male singers who are known for doing this in the music industry. I have written over 30 songs that follow a similar pattern, but most are unreleased.”

Diel, who a couple of years ago did not have plans to return to the classroom – aiming instead to commit to one profession and build his catalogue of music – has returned to the school environment.

“The pandemic sent me back to school. Right now, I am not connected to any labels (plus, I am terrible at networking), so it was necessary for me to return to my job as a teacher, in an online setting, to have an income. But, as I said before, I am a player in the long game,” he said. 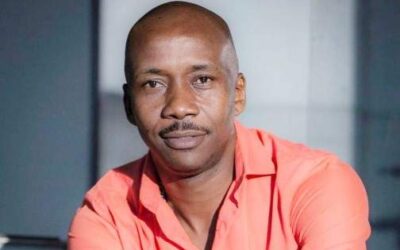 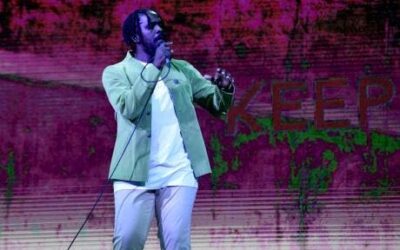 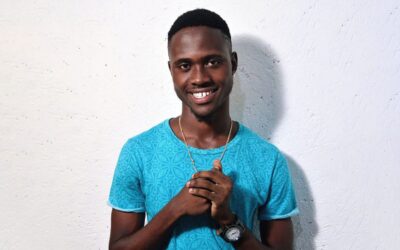